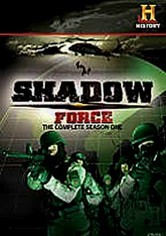 2008 NR 2 discs
Following a team of special operations soldiers-turned-surveillance specialists on covert intelligence-gathering operations throughout the world, this History Channel series shines a light on the shadowy world of private military operations. Using their skills in unconventional warfare to bring order to often-lawless environs, the team goes where the military cannot -- to Liberia to combat piracy, to the Congo to save mountain gorillas and more.