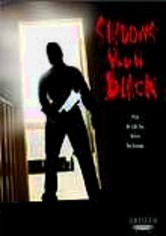 1986 NR 1h 29m DVD
Detective Sergeant Rydell King gets saddled with a mysterious case -- and it's a doozy, to say the least. Three college girls are found bludgeoned to death by a psychotic murderer, and after some elementary sleuthing, King discovers that the girls were part of a group of friends … only one of whom is still alive..