Shake Hands with the Devil: The Journey of Roméo Dallaire 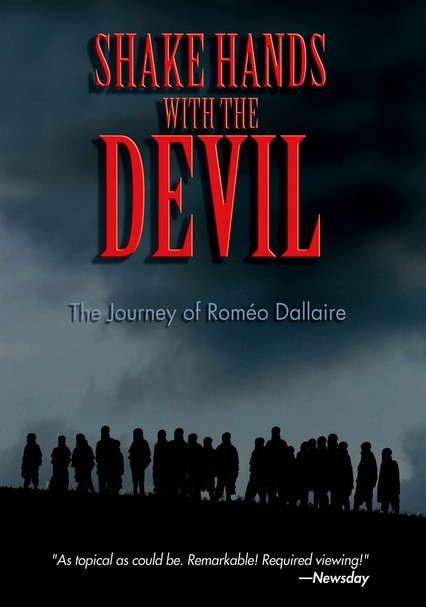 Shake Hands with the Devil: The Journey of Roméo Dallaire

2005 NR 1h 31m DVD
Director Peter Raymont's searing documentary follows Canadian Lt. Gen. Roméo Dallaire -- who oversaw a U.N. peacekeeping mission in Rwanda during its 1994 genocide -- on an emotional journey back to the site of his greatest perceived career failure. In addition to detailing the psychological repercussions suffered by Dallaire because he was rendered powerless to stop the massacre, the film addresses the wider issue of international culpability.