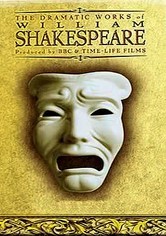 1979 NR 2h 41m DVD
Richard Pasco, Keith Michell and Charles Gray star in Shakespeare's artful telling of conspiracy in the Roman Senate. Fearful that Caesar will become Emperor of Rome, fellow senators Cassius and Brutus conspire against him. Caesar ignores warnings to lay low, heads to the Senate and is brutally stabbed. Caesar's right-hand man, Mark Antony, rallies the public against the conspirators, who flee Rome -- with Antony's army hot on their heels.