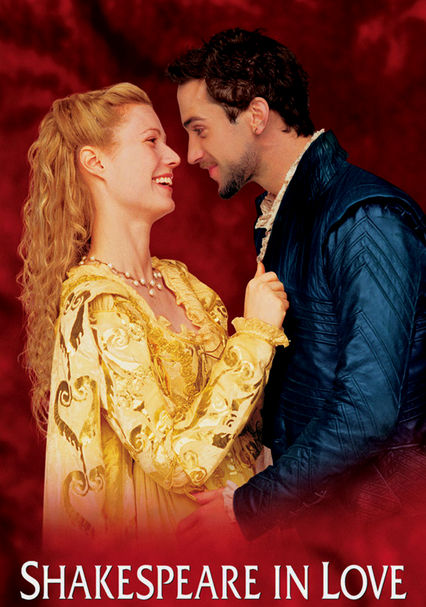 1998 R 2h 2m Blu-ray / DVD
Young Shakespeare (Joseph Fiennes) is forced to stage his latest comedy, "Romeo and Ethel, the Pirate's Daughter," before it's even written. When a lovely noblewoman (Gwyneth Paltrow) auditions for a role, they fall into forbidden love -- and his play finds a new life (and title). As their relationship progresses, Shakespeare's comedy soon transforms into tragedy. This bittersweet romance won seven Oscars, including Best Picture and Best Actress.

Parents need to know that this movie has numerous racy moments, including graphic sexual scenes and partial female nudity. Much of the dialogue carries a crass sexual undertone. However, the violence, consisting mostly of sword and dagger battles, is relatively benign for a teenage audience.

Numerous sexual encounters, some with nudity.

Sword and dagger fighting. A man's boot-clad feet are burned as punishment for an unpaid debt; his torturers then threaten to cut off his ears if the sum is not soon repaid.

Bawdy banter and a few expletives.

Shows the power of a good love story to compel an audience.

Characters drink in a tavern and a brothel. Alcohol-induced disorder erupts.