Shakespeare's An Age of Kings 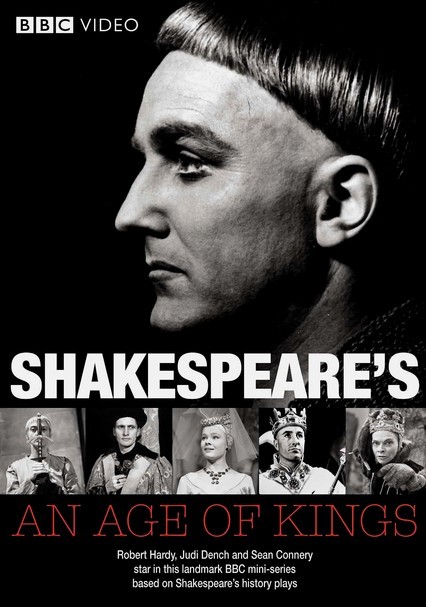 Shakespeare's An Age of Kings

1960 NR 5 discs
Explore the history of the English monarchy through the prism of Shakespeare's plays -- including "Richard II," "Henry IV," "Henry V" and "Richard III" -- with this 15-part BBC series that features many of England's top actors. Originally broadcast on television in 1960, the ambitious project includes performances by Robert Hardy, Eileen Atkins, Sean Connery, Judi Dench, Julian Glover, John Warner and many others.