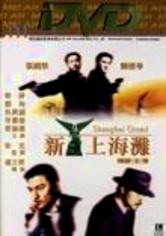 1996 NR 1h 47m DVD
With Japanese-occupied Shanghai serving as the backdrop, this gangland saga chronicles the friendship of Taiwanese loyalist Hui Man Keung (Leslie Cheung) and Ding Lik (Andy Lau), who dreams of heading a Mafia clan. The men's allegiance gets put to the test, however, when they both fall in love with the winsome but petulant daughter (Jing Ning) of a ruthless mob boss who ordered the slaughter of Keung's compatriots.