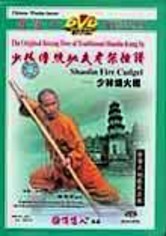 2005 NR 0h 51m DVD
This martial arts program illustrates the powerful and distinctive footwork and constantly changing speed associated with the use of the fire cudgel, one of the long weapons. The routines featured here are the most common set among the Shaolin wushu. Named after Jinnaluo, the fire monk of Shaolin Temple, the Shaolin fire cudgel is a standard martial arts weapon that can be used by practitioners of all skill levels.