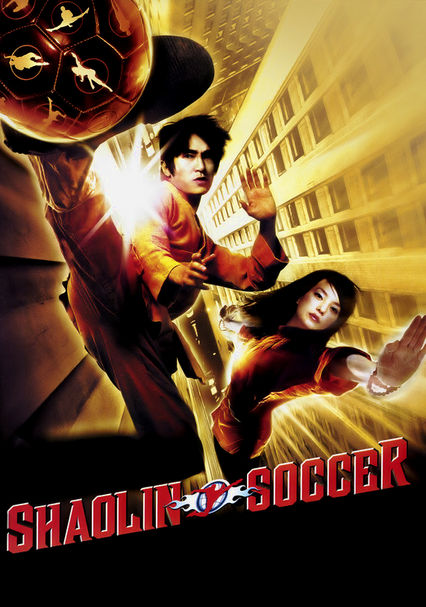 2001 PG-13 1h 27m DVD
A down-on-his-luck ex-soccer player, injured during a rigged match, joins forces with a former monk to assemble an unlikely team of players -- the monk's awkward Shaolin brothers -- harnessing the discipline and power of kung fu.

Parents need to know that this movie has some comic violence and crude humor, including a scene of a man peeing on a wall. There is some action/fantasy violence, and characters are wounded. Characters smoke and drink, and there's a reference to "American drugs" (presumably steroids). A character mentions suicide as a response to humiliation. There is a joke about being in love with a married woman. A character removes his pants (off camera) and makes another character wear his underpants on his head to humiliate him.

Some action violence, mention of suicide.