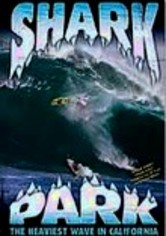 2006 NR 1h 20m DVD
An international team of tow surfers ride a monster wave at a remote offshore California reef in this fascinating documentary. So dangerous that it's been named Shark Park, this secret surf spot had never been ridden before Greg Huglin and his group managed the feat during the winter of 2006, after Huglin researched the area extensively. Surfers include Bennett Williams, Carlos Burle, Chris Malloy, Chuck Patterson, Dan Malloy and more.