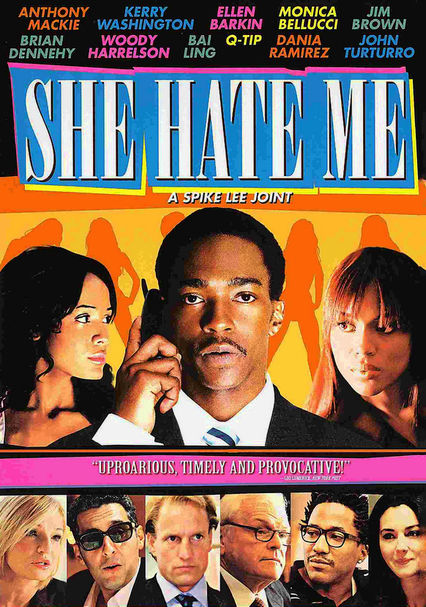 2004 R 2h 18m DVD
In Spike Lee's take on the big, bad world of love and business, John (Anthony Mackie) blows the whistle on his corrupt bosses at a biotech company, touching off a maelstrom of investigations headed by the Securities and Exchange Commission and leaving him jobless. But when his ex-girlfriend (Kerry Washington) pays him to get her and her lesbian lover (Dania Ramirez) pregnant, he may have found his new calling.

Parents need to know that this movie isn't for kids of any age. It contains extremely mature material with nudity, graphic scenes of childbirth, and many explicit sexual encounters, straight and gay. Characters drink, smoke, and use very strong language. A character commits suicide by jumping out of a window. He falls on another man, and they're both killed. A theme of the movie relates to being paid for sex and the parallels to selling one's soul.

A theme of the movie relates to being paid for sex and the parallels to selling one's soul.