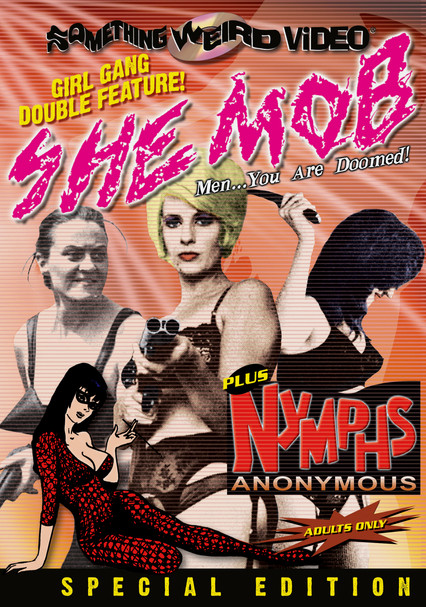 1968 NR 2h 45m DVD
No man is safe in this double dose of 1960s schlock that features lusty girls on the prowl -- including a band of escaped female felons (She Mob) and a man-chaser desperately seeking sexual release (Nymphs Anonymous). In the first feature, curvy convicts hide in an isolated farmhouse while a local stud helps satisfy their craving for male flesh. The second film centers on a group catering to the needs of sex-starved ladies. Note: contains nudity.