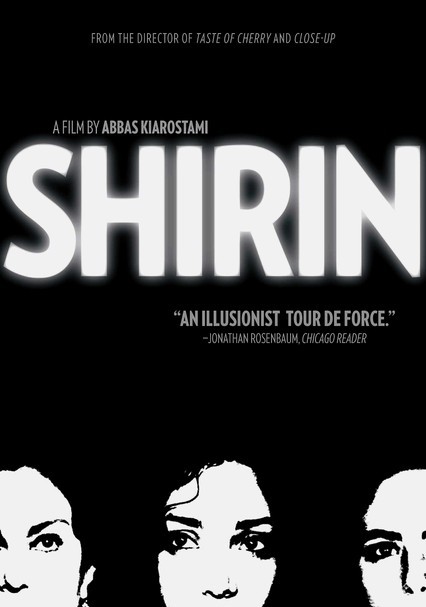 2008 NR 1h 32m DVD
Renowned Iranian filmmaker Abbas Kiarostami turns the tables on his film audience as he allows us to watch while moviegoers take in a touching performance of Khosrow and Shirin, a legendary 12th-century Persian love poem. Though the performance isn't visible, the reactions on the faces of more than 100 famous Iranian theater and cinema actresses and a French star reveal the deep emotions of the famous piece.