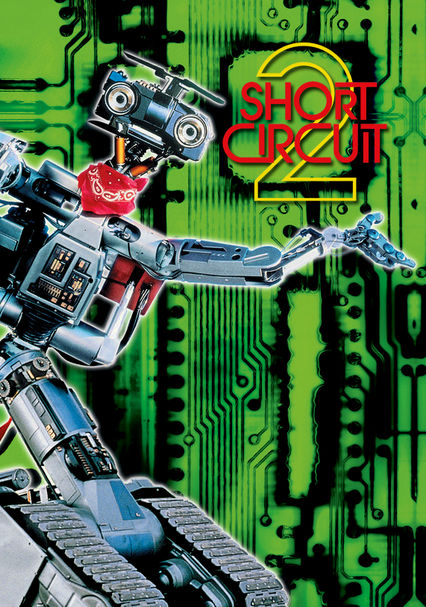 1988 PG 1h 51m DVD
In this sequel to the cybernetic comedy, the friendly robot Number Five reunites with his creator, New York City toymaker Ben Jahrvi. But complications ensue when Ben's new business partner turns out to be part of a gang of bank robbers.

Parents need to know that positive messages are dramatized in this movie including the wonders of knowledge; the value of honesty, friendship, and loyalty; and concern for others. Most physical action is cartoon-like, causing no serious injury. There are hapless bad guys, pratfalls, trap doors, and parachutes. The exception is a serious, lengthy attack on Robot Johnny 5 near the conclusion. He is severely smashed, battered, and broken, in danger of total memory failure (i.e. death). Final suspense is centered on efforts to rebuild the robot, saving his "life."

Cartoon-like skirmishes between masked robbers and heroes, once with gun as threat; robbers smash up manufacturing facility; car vandalism; crooks fall through trap door; heroes kidnapped and held captive in meat locker, played for humor; robot beats baddies in one physical fight, but in another the robot is severely bashed, beaten, and bloody (battery acid) near "robot death."

Robot and his inventor are innocents and have strong moral centers. They're taken advantage of and their special talents are used for criminal acts by more predatory characters, but heroes' goodness prevails. Fast-talking con artist learns important lessons. Some stereotyping of inner city teen hoodlums and East Indian with language problems.

Character is shown smoking and coughing in one scene.