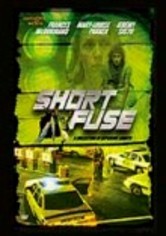 2001 NR 1h 38m DVD
Eight riveting short films featuring some of Hollywood's biggest stars are packed onto this single disc. Titles include "Upheaval" (starring Frances McDormand), "Fueling the Fire," "The Quality of Mercy" (starring Mary-Louise Parker), "Inside" (starring Jeremy Sisto), "Bullet in the Brain" (narrated by George Plimpton and starring Tom Noonan), "Crank Calls," "Shoot!" and "Cliche." You'll be glad you lit this one up!