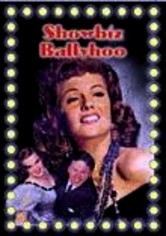 1983 NR 1h 16m DVD
Drawing on an extensive library of archival footage, this made-for-cable documentary looks at the star system behind Hollywood's golden age. Besides showing how actors go from screen tests to stardom, the film examines how the advent of talkies created a new crop of celebrities while ruining many silent-film stars' careers. Bob Hope, Vivien Leigh, Errol Flynn, Clark Gable, Jean Harlow and Humphrey Bogart are among the icons featured.