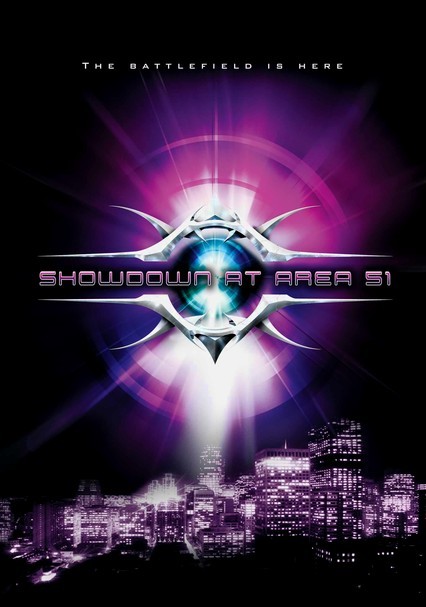 2007 R 1h 36m DVD
America's most mysterious source of UFO lore -- Area 51 in the Nevada desert -- turns into a battlefield in this sci-fi adventure. Two warring aliens -- one good, one evil -- crash-land on Earth and race to uncover a buried weapon that has the potential to destroy mankind. All of humanity is caught in the crosshairs as the aliens engage in an epic struggle for domination. Jason London and Gigi Edgley ("Farscapes") star.