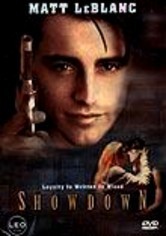 1998 R 1h 37m DVD
Vinny Pallazzo (Jay Acovone) is one of the lucky few who left the New York mob alive. Now he's settled down in Los Angeles, ready to live the good life. When his nephew Anthony (Matt LeBlanc) comes to visit, Vinny discovers that he's inherited the family knack for trouble. Despite Vinny's attempts to keep him on the straight and narrow, Anthony is lured into the city's underworld. Stephanie Richards, Lou Rawls and John LaMotta co-star.