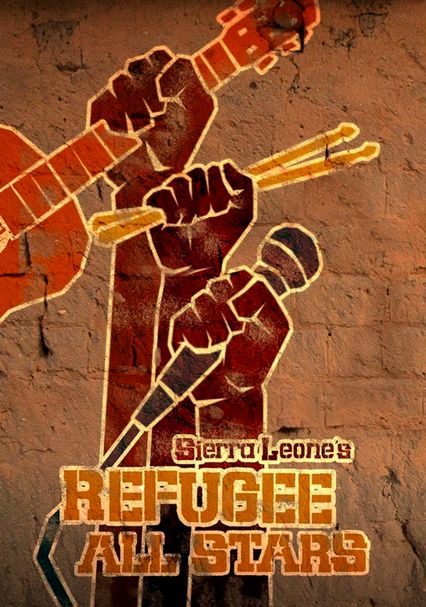 2005 NR 1h 19m DVD
This stunning documentary captures the triumphant story of six musicians who escaped the horrific violence of Sierra Leone's civil war, landed in a West African refugee camp and formed a band that would go on to travel the world. An unbelievable testament to the human spirit, the refugees' journey exemplifies the power of music. Directed by Zach Niles and Banker White, this film was honored by the American Film Institute in 2005.