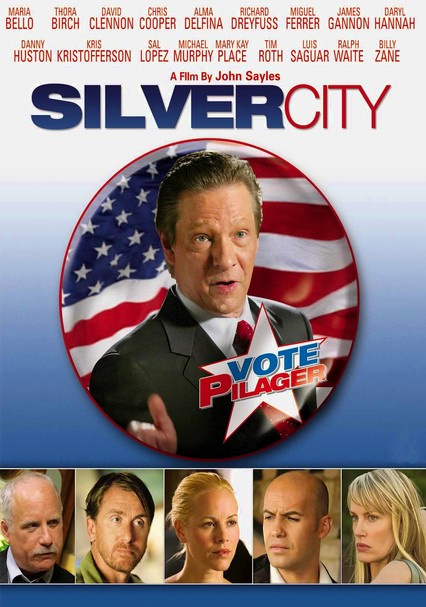 2004 R 2h 7m DVD
Down-home Dicky Pilager (Chris Cooper) can't put a coherent sentence together, but he's running for governor anyway, as a candidate for those looking for an approachable leader. But his campaign hits a snag when he hooks onto a corpse in the middle of a fishing photo op. Journalist Chuck Raven (Richard Dreyfuss) smells a stink -- and a story -- so he hires a gumshoe (Danny Huston) to find out who the corpse is and its connection to the politico.

Parents need to know that this movie has a lot of mature material, including explicit sexual references and situations, very strong language, and violence. Characters are in peril and some are badly injured or killed. Characters drink and smoke cigarettes and marijuana. While some characters exhibit racism, a strength of the movie is the loyal and respectful relationships between people of different races and its own frank portrayal of issues of race and class.

Some very strong language including "f--k."