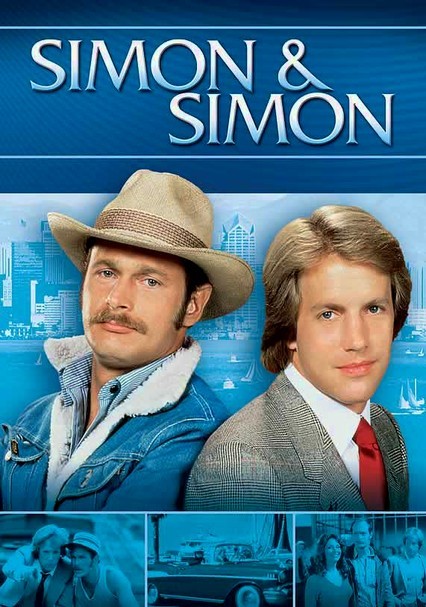 1981 TV-PG 3 seasons
Despite their contrasting personalities, Rick Simon (Gerald McRaney) and his brother, A.J. (Jameson Parker), team up as private detectives in a show that blends humor and familial friction with creative approaches to crime solving. The siblings' differing styles lead to plenty of extra fraternal drama: ex-Marine Rick tends to leap first and think later, while the college-educated A.J. prefers to operate with a plan and drive a nice car.

Polar opposites, sibling San Diego sleuths A.J. and Rick Simon (Jameson Parker and Gerald McRaney) try not to throttle each other while they solve crimes in this popular Emmy-nominated series. Refined law school graduate A.J. prefers classic cars and tailored suits, while laid-back Vietnam vet Rick would rather drive a pickup and lives like a slob on a houseboat. Guest stars in this first season include Markie Post, Jerry Stiller and John Schuck.

Polar-opposite brothers Rick and A.J. Simon (Gerald McRaney and Jameson Parker) take on an interesting caseload to say the least in the third season of this private eye series set in 1980s San Diego. Over the course of an extremely busy year, Rick and A.J. work with a magician to uncover how the illusionist's rival stole his signature trick; fly to the aid of an aging World War II pilot; and shed their clothes to go undercover at a nudist colony.

San Diego-based private investigators Rick and A.J. Simon (Gerald McRaney and Jameson Parker) hop a plane to Paris to rescue their mother from the arms of a romantic Frenchman who might not be the person he says he is. But that's only the beginning of the action in the fifth season of this classic 1980s drama series. Later, the brothers flirt with solo careers after solving "the crime of the century."