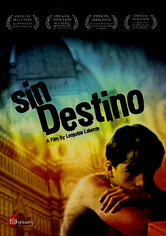 2002 NR 1h 34m DVD
The mean streets of Mexico City serve as the backdrop for this affecting drama from writer-director Leopoldo Laborde. To support his drug habit, 15-year-old Fran (Francisco Rey) peddles his flesh to men -- until he unexpectedly finds himself attracted to beautiful Angelica (Mariana Gaja). But when an older man (Roberto Cobo) from Fran's past resurfaces, the sexually bewildered teen's world spins out of control. Note: Contains nudity and violence.