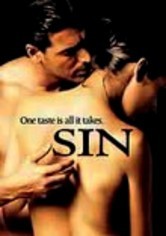 2003 NR 2h 1m DVD
While Buddhist villager Kaya (Udita Goswami) transports a reincarnated boy named Llhamo (Madan Bhiku) to a monastery, the child witnesses a murder. Kaya must team with a tough cop (John Abraham) to keep Llhamo safe, and as the villains close in, a romance blooms for the boy's protectors. Mohan Agashe co-stars as Kaya's disapproving father in this romantic crime thriller, which marks the directorial debut of Bollywood star Pooja Bhatt.