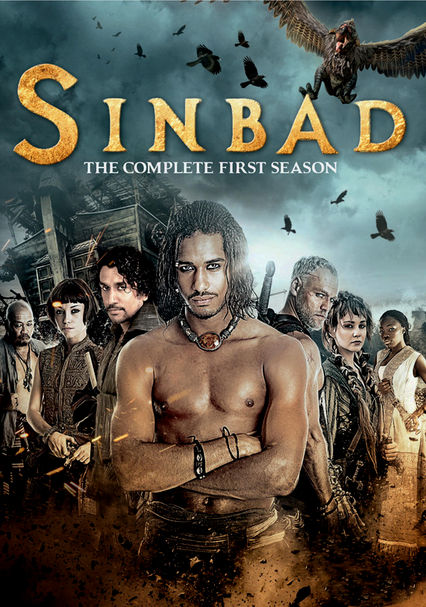 2012 NR 3 discs
Elliot Knight stars as Sinbad, an impetuous young man on a quest for redemption, condemned to keep searching for a way to lift the curse that chains him to the seas, until he can find the goodness in himself.

Parents need to know that Sinbad is a modernized retelling of a Middle Eastern fairy tale about a sailor in a magical land. Viewers can expect to see a lot of cartoonish violence, including bare-knuckle brawling, stabbings, and giant monsters that arise from the sea and kill sailors. Dead bodies are visible but not gory, and blood is at a minimum. There are also references to violent ways of punishing criminals, such as severing hands. Characters we have grown to like are killed onscreen and viewers then see grieving family members. There are also (CGI) monsters that may terrify younger viewers. Language is mostly clean and one character also smokes a pipe. The main character Sinbad is presented as a hero yet is not above lying and stealing. The cast boasts stellar racial and ethnic diversity, with people of color in almost every major role and women, including women of color, holding down major parts.

Sinbad is single and apparently irresistible to the ladies, but while there is some flirting and references to love and dating, he does more swashbuckling than romancing.

Lots of cartoonish violence: bare-knuckle brawls, sea monsters on the attack, stabbings, slashings. We see a little blood at times but no gore; we also see people killed but they basically fall to the ground and then look as if they're sleeping.

No cursing, but some classist language, as when Sinbad is referred to as a "street rat."

Justice is often meted out in gruesome fairytale style, i.e., stealing causes your hands to be cut off rather than a jail sentence.

One character smokes a pipe mysteriously.