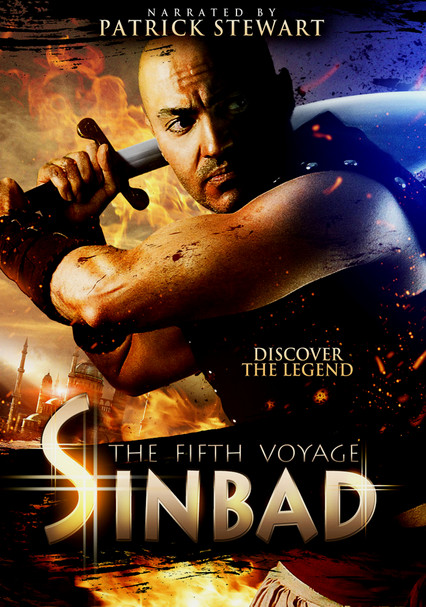 2014 PG-13 1h 19m DVD
When an evil sorcerer captures the sultan's first-born daughter, the fearless sailor Sinbad must traverse a hostile wasteland to bring her back. Danger lurks around every dune in the form of fantastical creatures and sinister magic.

Parents need to know that Sinbad: The Fifth Voyage is a sci-fi/fantasy take on Arabian Nights that is a purposely campy homage to films such as Clash of the Titans, with old-school visual effects, giant monsters, and stop-motion animation. It features recurring, mostly very cartoonish fantasy-style violence, sword-fighting, magic spells, and battles with big creatures. There are a couple of brief scenes of belly dancing. The movie is too intense for younger kids, but for teens interested in B-movie heroics and retro-style adventure, this is largely good, clean fun with hilarious effects. Other kids are likely to feel it's dated and silly.

A man kisses a woman; a few scenes of sensual belly dancing.

Sword fights; battling giant supernatural monsters with some stabbing, minor bloodshed; a giant crab bites a man's arm and it bleeds; a man beheads a woman who reveals herself as a vampire, and her head dissolves into sand; several characters dissolve into particles; recurring fantasy violence involving freezing or striking magic spells; creepy stop-motion, supersize monsters; sorcerers with creepy masks.

Loyalty; strength in the face of adversity; perseverance; honor.

A man swigs from a bottle implied to be booze.