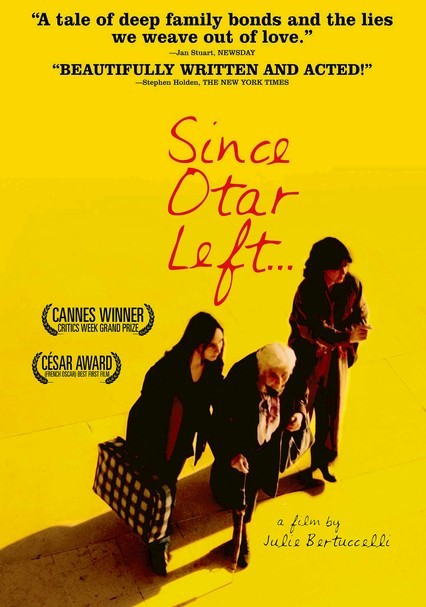 2004 NR 1h 43m DVD
Eka (Esther Gorintin) is an aging woman who lives with her daughter Marina (Nino Khomasuridze) and granddaughter Ada (Dinara Drukarova), but anxiously anticipates receiving letters from her doctor son Otar, who resides in Paris. When Marina and Ada learn that Otar has died in a construction accident (where he's actually been employed), they begin to fake his letters, hoping to avoid devastating their mother as her health declines.