Since You Went Away 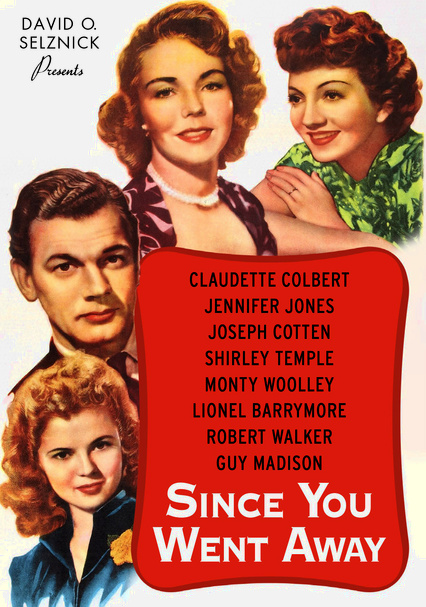 Since You Went Away

1944 NR 2h 52m Blu-ray / DVD
Anne Hilton (Claudette Colbert) is the wife of a businessman who becomes an officer during WWII. Fighting back her own fears and anxieties, Anne strives to maintain a normal, stable household for the sake of her growing daughters, Jane (Jennifer Jones) and Bridget (Shirley Temple). Monty Woolley and Joseph Cotten co-star in this film, which was nominated for nine Academy Awards, including Best Picture.