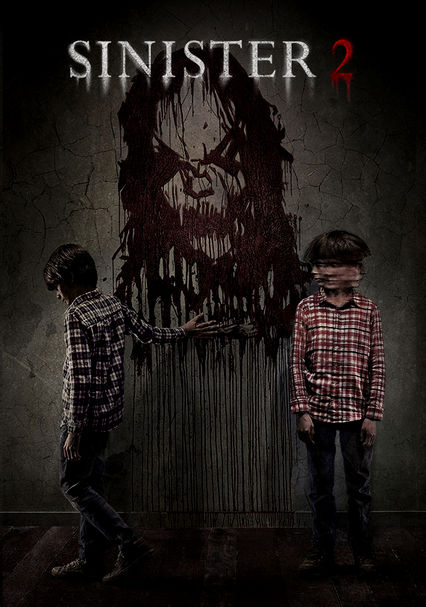 2015 R 1h 38m Blu-ray / DVD
In this terror-drenched sequel, a single mother and her 9-year-old twins move into a new home, unaware of its dark legacy until they're introduced to Mr. Boogie -- a hideous demonic spirit who preys on children's souls.

Parents need to know that Sinister 2 is the sequel to the hit horror movie Sinister, focusing on a character who had a minor role in the first film. Mature horror hounds may be ready for its strong violence -- including grisly deaths (for example, people are nailed to the floor, topped with hot coals and eaten by rats), pools and streams of blood, nightmare sequences, ghosts and jump scares, as well as an abusive father and fighting -- but it's far too intense for younger viewers. Much of the violence involves two young boys, and language is also an issue (characters, including the boys, use words like "f--k," "c--t," "s--t," and "p---y"). There's some kissing and a brief reference to sex, as well as a scene of two adults drinking too much while talking, plus some brief smoking,.

Brief scene of a man and woman kissing. A man says he's going to "f--k his wife."

Creepy images of violent deaths (burning, electrocutions, freezing to death). Scene of people nailed to floor, topped with hot coals and eaten by rats. Heavy streams of blood. An abusive man shouts and forces kids to eat. Nightmare about abusive dad. Reference to man beating child in the past. Jump scares. Ghosts. Man beating another man with a rifle butt, punching, kicking. Boys playing with toy guns. Boys fighting, punching, with bloody nose. A boy's face melts and burns. A boy is hit by a truck. Brief allusion to a man touching a boy. A woman tries to punch a man; he grabs her fist. Other, brief, shocking images.

The movie seems to condone burning down houses and killing bad people to make things "right."

Various brands briefly shown in a supermarket. Boys try to buy a box of Cocoa Pebbles.

Characters drink whisky while talking and get comically drunk. A character gulps whisky after being scared. Brief cigarette smoking.