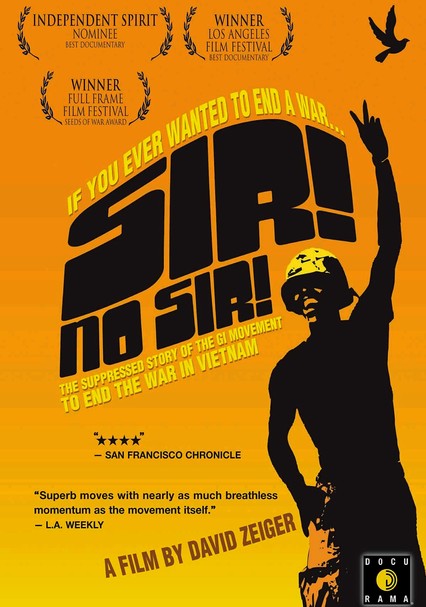 2005 NR 1h 24m DVD
Filmmaker and activist David Zeiger's documentary chronicles the largely forgotten antiwar activities of American GIs and other members of the military during the Vietnam era -- actions that put them in greater peril than civilian protesters. Powerful and surprising, the film weaves together the stories of veterans who participated in the opposition movement, an effort that, by the early 1970s, found widespread support from civilians and troops alike.