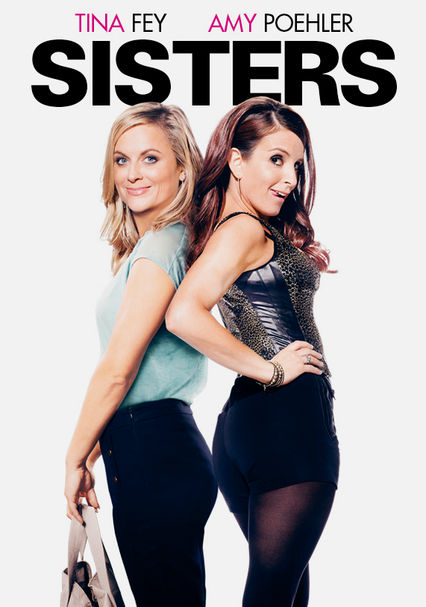 2015 R 1h 58m Blu-ray / DVD
Forced to clean up their childhood bedroom one last time, adult sisters Maura and Jane return to the family home. As long as they're there, they decide to return to high school as well -- throwing the party to end all parties for their ex-classmates.

Parents need to know that Sisters is a rowdy comedy starring Tina Fey and Amy Poehler about growing up, growing old, and learning how to be a better sibling. Though it does touch on some serious concerns -- such as building a life after divorce and forging a stable relationship with your child after a rocky start -- ultimately it's an over-the-top comedy with tons of swearing ("f--k," "s--t," and much more), lots of sexual innuendo and crude references (including some detailed descriptions of past sexual exploits and scene in which a man who's high uses his genitalia to paint on a wall), and frequent partying/drinking (definitely to excess) and drug use (mainly pot and a substance that mixes "Molly" with Adderall). There's also a long scene in which a character falls onto a child's toy, which results in two other characters trying to remove it from his rectum.

Lots of crude gestures and innuendo, and in some scenes characters openly discuss their sexual exploits. Many references to male genitalia, and one character, while on drugs, dips his penis into a bucket of paint and uses it to paint a portrait of said penis on the wall; the painting is shown throughout the movie. One character reads a high school diary out loud, detailing the many guys she bedded. Two adult sisters walk into their parents' apartment and nearly catch them in the act. Their mother is seen in a robe and heels, and the father appears to be hiding in a corner, seemingly nude, though viewers don't see more than his bare chest.

A rowdy party gets out of hand, and windows, doors, and other things get broken. Long scene in which a character falls onto a child's toy, which results in two other characters trying to remove it from his rectum. Sisters tussle when an argument escalates. Yelling between family members.

Amid the rowdy chaos is the message that while sisterhood has its highs and lows, in the end, nobody supports you more than beloved siblings. Other themes include building a life after divorce and forging a stable relationship with your child after a rocky start.

Lots of drinking; some drug use. The sisters throw a party and offer booze to their guests, who proceed to get pretty drunk pretty quickly. Pot use, and one character, a drug dealer, opens a bag to reveal his extensive inventory, which he then describes in detail, mentioning drugs like Molly, OxyContin, and heroin. A character appears to have snorted way too much of a substance called Cloud 10, a Molly/Adderall blend.