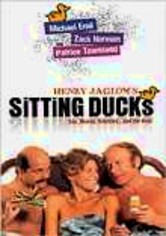 1980 R 1h 28m DVD
Two oddball con men (Michael Emil and Zack Norman) with diametrically different personalities plot to rob the syndicate of over half a million dollars. It's breakneck guffaws all the way as they attempt to outrun the mob and extract themselves from one silly mess after another. Henry Jaglom wrote, directed and appears in the film.