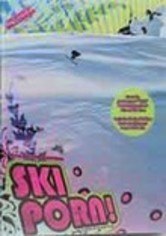 2006 NR 0h 50m DVD
Filmed on the deep-powdered peaks and snow-draped urban landscapes of the United States, Europe and Japan, this extreme sports film by award-winning producer John Decesare highlights the freeski talents of some of the sport's best athletes. Sammy Carlson, Seth Morrison, Andreas Hatveit, Candide Thovex, Simon Dumont and others perform mind-blowing feats that will send you on an unadulterated thrill ride and render you breathless.