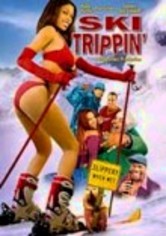 2005 NR 1h 22m DVD
Comedian Tommy 2 Smooth, radio deejay Poochman and Grammy Award winner Eddie Hustle star in this hilarious comedy about three urbanites who seek out R&R on the slopes. One problem: None of them have ever set foot in skis before, let alone made their way down any slopes, making for one interesting adventure that not only imparts lessons on snow sports but also on life. Guest stars include Nate Morris (Boyz II Men), Cousin E, Mikey Dread and more.