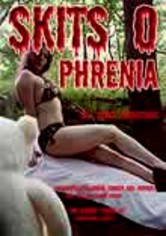 2004 NR 1h 30m DVD
The twisted mind of director Bill Zebub spills out onto the small screen in this 90-minute jaunt that combines offbeat comedy with short films and skits. Spoofing on the horror genre, Zebub pokes fun at the clichés of slasher flicks, replacing fear with humor. Also featured are works from directors Isabelle Stephen and Shane Morton and a short film about a schizophrenic who finds that the voices in his head are coming from the television.