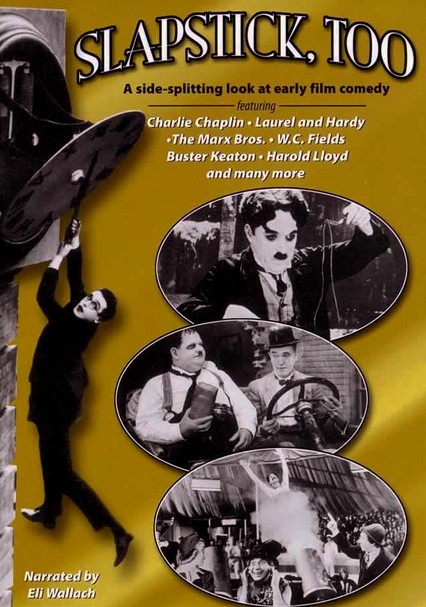 2004 NR 1h 16m DVD
The origins of slapstick and vaudeville are explored in this documentary narrated by actor Eli Wallach. The film takes an in-depth look at the history and evolution of the comedy genre, tracking the careers of slapstick heavyweights such as Charlie Chaplin, Buster Keaton, Laurel and Hardy, the Marx Brothers, W.C. Fields and many more, all of whom began their careers in either vaudeville houses or slapstick-heavy films.