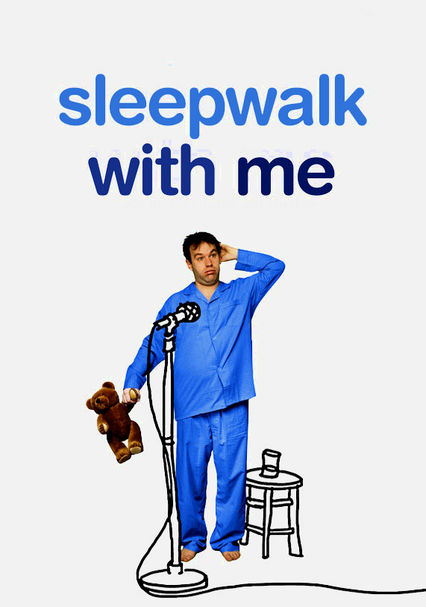 Parents need to know that Sleepwalk with Me is an independent dramedy co-written by, co-directed by, and starring comedian Mike Birbiglia, based on his one-man show, which is in turn based on events from his life as a chronic sleepwalker. The movie depicts the main character's dreams, which can sometimes be violent -- in one scene, for example, he jumps out a window and cuts his legs on the broken glass (blood is shown). Another dream features a gun. The character kisses two women, his girlfriend in a flashback, and another woman on the road. Sex is implied, but not shown. Language is very light; only one "s--t" is heard coming from a TV set, and "goddamn" is used. There's some social drinking, with characters occasionally getting drunk.

While sleepwalking, the main character jumps out of a window and cuts his legs on the broken glass; viewers see some blood. There are somewhat violent dream sequences in which a character brandishes a gun, though it isn't fired. Characters sometimes argue as well.

The main character spends most of the movie avoiding his problems -- namely, his sleepwalking and his relationship troubles -- though in the end, he reaches a point at which he faces and conquers them. He also learns to improve his comedy by making it personal, rather than simply writing jokes.

The main character works as a bartender and makes drinks for others in several scenes. Characters drink wine at family gatherings. Comedians drink beer together after a show. The main character gets drunk before deciding to have sex and cheat on his girlfriend.