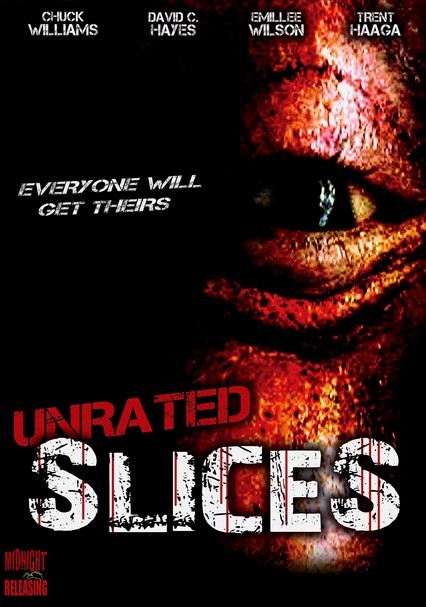 2008 UR 2h 28m DVD
In the tradition of Creepshow, this macabre anthology features five short horror films, including "The Exterminator," in which a ruthless businessman gets a taste of his own medicine -- and then some -- when he's abducted by his own hatchet man. Other eerie tales include "Turnout," "The Range," "Night Scream" and "Dead Letters," in which a grieving writer discovers a way to resurrect his beloved dead wife -- but at what cost?