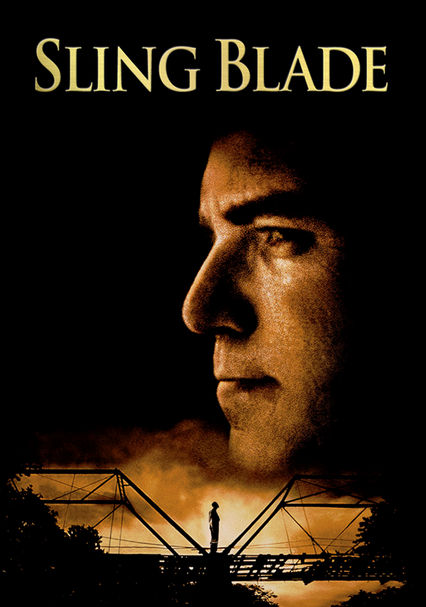 1996 R 2h 28m Blu-ray / DVD
Simpleminded Karl has just been released from a psychiatric hospital, where he'd been confined since age 12 for murdering his mother and her lover. He lands a job at a garage fixing motors and befriends a young boy -- but can Karl outrun his past?

Parents need to know that this intense drama focuses on a mentally disabled man, Karl, who tries to build a life in his rural Arkansas hometown after spending 20 years in a psychiatric hospital for a brutal murder. He forms a surprisingly touching bond with a 12-year-old boy, and moves into the dysfunctional home the boy shares with his mom and her abusive boyfriend. There's plenty of sexual talk, swearing ("f--k," "p-ssy," "s--t"), and some drinking, as well as a few disturbing scenes of shocking violence.

Some graphic discussions about sex, and one character who is mocked for being gay.

Doyle is an unpredictable and violent lout, given to sudden outbursts of screaming and rage, who takes out his frustrations on Frank and his mom. There isn't much physical violence, but Doyle creates an atmosphere of menace and there are several realistic confrontations where he seems to be on verge of mayhem, as well as some loud screaming arguments accompanied by pushing and throwing objects. Some discussion of past violence. The film builds to a single act of shocking violence that isn't totally surprising.

Violent people get back what they put into the world, though not before causing much pain and suffering to others. Fortunately, people who are essentially good will usually receive that back, too. The trouble is that it often takes a long time for both to get what they deserve, and it's not always so clear how that will happen. Sometimes it's hard to tell discern the "right" thing to do, and even harder to do it. There's also a very strong anti-abuse message.

Several characters drink regularly and a few turn out to be very unpleasant drunks.