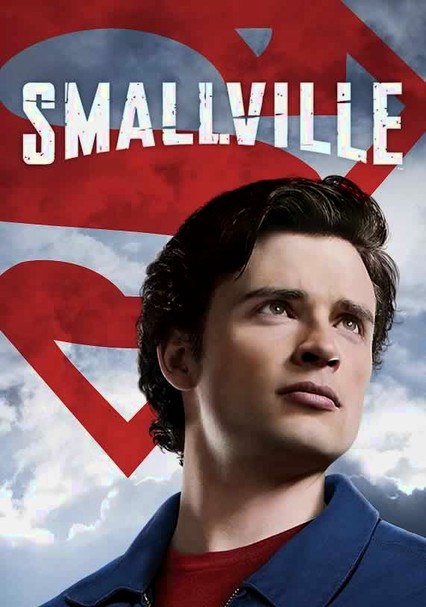 2001 NR 9 seasons
This wildly popular fantasy series recounts the adventures of Kansas teen Clark Kent (Tom Welling), who uses his still-emerging superpowers to fight crime even as he copes with the normal growing pains of adolescence, young love and family dramas. As he matures during high school and college, Clark falls in love with Lana Lang (Kristin Kreuk), accepts his alien origins and becomes enemies with former friend Lex Luthor (Michael Rosenbaum).

A young Clark Kent (Tom Welling) struggles with normal adolescent issues -- along with figuring out just how to deal with the puzzling powers he now possesses and the oddly devilish goings-on in Smallville, the tiny Kansas town where he lives. Taking up most of his time, however, is his affection for the stunning Lana Lang (Kristin Kreuk). This six-disc set contains all 21 episodes from the first season of the television series.

As young Clark Kent (Tom Welling) struggles to figure out his place in the world and keep his alien powers under control, he must also deal with trials of being a teenager in small-town USA in Season 2 of this series that puts an intriguing spin on Superman lore. Among the highlights of this thrilling season: Lex gets married to a woman he hardly knows, Martha and Jonathan receive miraculous news, and Pete becomes privy to Clark's secret.

Clark Kent (Tom Welling), Lana Lang (Kristin Kreuk), Lex Luthor (Michael Rosenbaum) and Chloe Sullivan (Allison Mack) are still livin' large in Smallville in the third season of the hit TV series, in which Clark picks up new powers like super hearing (but first he has to go deaf). As Clark continues to defy his biological father, his relationship with Lana fizzles. Meanwhile, Lex deals with a psychological breakdown.

Farm boy Clark Kent (Tom Welling) at last begins to accept his superhero fate -- and keeps his friends close and his enemies closer -- in the popular sci-fi series' dramatic fifth season. Now a student at Central Kansas University, Clark continues to hide his superpowers, but Chloe (Allison Mack) is on to him; meanwhile, Lex Luthor (Michael Rosenbaum) resumes his journey toward the dark side. Guest stars include Carrie Fisher and Tom Wopat.

Clark Kent (Tom Welling) welcomes his cousin Kara (Laura Vandervoort) -- aka Supergirl -- in the seventh season of this hit television drama. (And having just emerged from a 16-year state of suspended animation, Kara is understandably entranced by popular culture.) With all her cousin's powers and more, Kara doesn't always see eye to eye with Clark. Meanwhile, a new editor (Michael Cassidy) takes over at the Daily Planet.

Clark Kent (Tom Welling) heads into his second year as a Daily Planet reporter in the ninth season of this hit television drama about Superman's formative years, with Erica Durance co-starring as lovely newswoman Lois Lane, the object of Clark's affection. A tumultuous eighth season proved there are plenty of people who want Superman destroyed -- which is why concealing his secret identity is more important to Clark than ever before.

After out-dueling dastardly fellow Kryptonian General Zod, a bruised and battered Clark (Tom Welling) miraculously resurfaces, ready to deepen his relationship with Lois (Erica Durance), guard Metropolis from villains and establish his heroic alter ego as Superman. In the final season of this sci-fi series, Clark must confront a slew of ghosts from his past, which ultimately prepares him to fulfill his amazing destiny.