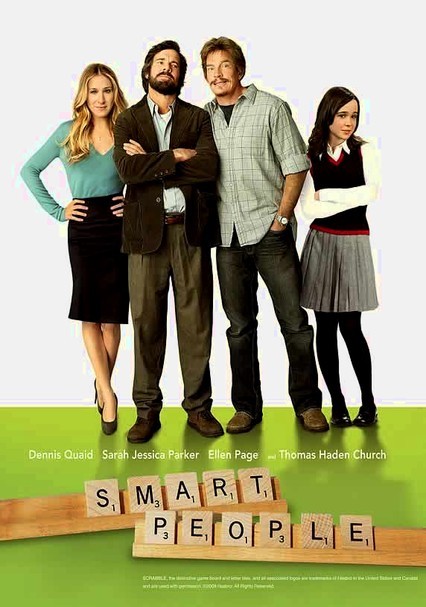 2008 R 1h 35m Blu-ray / DVD
An unexpected romance with a charming former student and a surprise visit from his wild adopted brother conspire to turn the life of self-absorbed widowed professor Lawrence Wetherhold upside down in this witty dramedy from director Noam Murro.

Parents need to know that this film -- which co-stars Ellen Page, who'll no doubt attract a fair share of young Juno fans -- is more dramatic than comic, tackling heavy themes like grief and parental indifference. There's also an iffy sexual interaction -- and it's clearly played out as such -- and a surprise pregnancy (though unlike Juno, it's not the central plot line). Both grown-ups and teens discuss sexual matters candidly, and there's some swearing (including "f--k"), a fair amount of drinking (an adult buys drinks for a minor), and teen drug use (again, instigated by an adult).

Frank discussion about how condoms feel after a couple has sex (they're shown in bed, presumably naked, though they're under a blanket). Some kissing and groping (in bars and during dates), and some lascivious comments. A man's naked backside is flashed a few times, presumably for comic effect.

Nothing more than yelling and arguing.

A father practically neglects his children and relegates adult responsibilities to his teen daughter, who's eager to please but is desperately lonely and disconnected from him and on the verge of becoming a bitter person. A couple finds it difficult to connect, and the woman lies to finesse an awkward situation. An uncle, in an attempt to help a young relative, introduces her to drugs and alcohol.

Carnegie Mellon is practically a character in the film; a Wellesley College sweatshirt is a high-visibility prop; close-up shot of Marlboro Lights. Signage for the Omni Hotel, Saab, etc. Mention of Penguin Books.

Some drinking and drug use (mostly marijuana) by grown-ups, teens, and young adults. Lots of drinking at restaurants and pubs (social situations) and alone (times of despair and oblivion). A character smokes cigarettes.