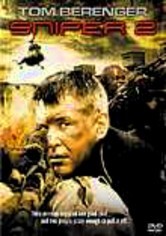 2002 R 1h 31m DVD
Called back into action, expert sniper Tom Beckett finds himself teamed with a reluctant death-row inmate on a suicide mission to the Balkans. Their target: a rogue general conducting ethnic-cleansing operations in an area known as No Man's Land.