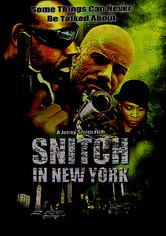 2003 NR 1h 30m DVD
With six of the biggest and baddest fugitives loose on the New York City streets -- drug dealers, robbers, gun runners and killers among them -- it's up to Gotham's toughest police precinct to take them down. Under pressure from the powers that be, an elite team of detectives resorts to a surprising tactic: using a snitch. Kyle Jason, Erika Flores and Jack Caruso star in this gritty urban actioner.