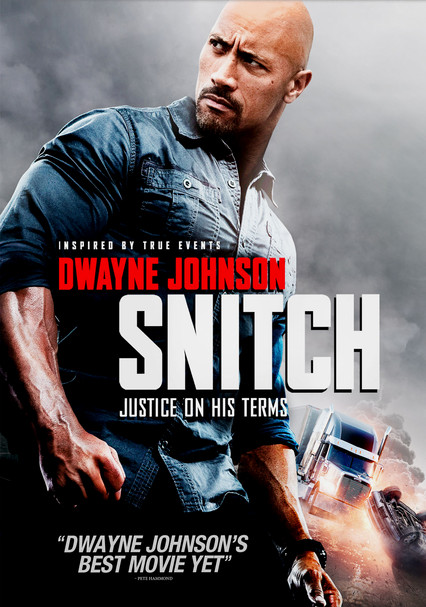 Parents need to know that Snitch is an action thriller that doesn't sugarcoat the violence inherent in the drug trade. There are plenty of bloody gunfights and shootings, some at close range, and other brutal clashes, too (a man is shown strangling another, etc.). Cars chase and drive into each other on freeways, crashing and exploding and claiming lives. Criminals threaten each other with words and weapons (mostly guns). There are also allusions to prisoners beating up others to exert their dominance. A teen is shown discussing the use of Ecstasy (though he's not seen actually using), and he and a friend plot the delivery and sale of drugs. There's also some social drinking and swearing, including "s--t," "hell," and "ass."

Some kissing between loving couples.

The body count is high, and the means to get there pretty brutal, with characters taking shots at each other with pistols, semi-automatics, and rifles, sometimes at close range and while driving. Other clashes include hand-to-hand combat and a character strangling another (though the main character never beats anyone up). Cars careen off the highway, crashing into others and/or exploding. There's plenty of discussion about how people are dispensed with by drug cartels once they're no longer considered useful. Threats to kids and families. A character in prison is beaten and (it's suggested) raped.

A father's love knows no bounds, and justice will be served. Very strong anti-drug messages. Mistakes have consequences. Some means to the end aren't exactly legal, but the characters' motives are strong.

Drugs -- specifically the shipment, sale, and use of MDMA/Ecstasy -- are at the heart of the story; marijuana and cocaine are also seen. Viewers don't see people using (except in one case where a character is forced to inhale cocaine to test whether it's genuine), but teens do talk about having popped some pills. Some drinking -- socially and when the main character is going through a rough time. A drug dealer smokes.