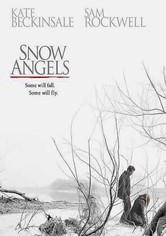 Parents need to know that this movie has a violent ending that might disturb younger viewers. It explores themes of alcoholism, self harm, depression, infidelity, and the nature of violence. The contrast between sensual teenage discovery and adult acts of brutality may leave a lasting impression on sensitive viewers.

Gun violence in an emotionally intense scene. Self harm including hitting head against a truck.

Random shots of American life show people gassing up at the tank. This is more about the have-nots than the haves.

Arthur has "weed" on him, that teens smoke at a crucial moment in the film. Glenn abuses alcohol to the extreme.