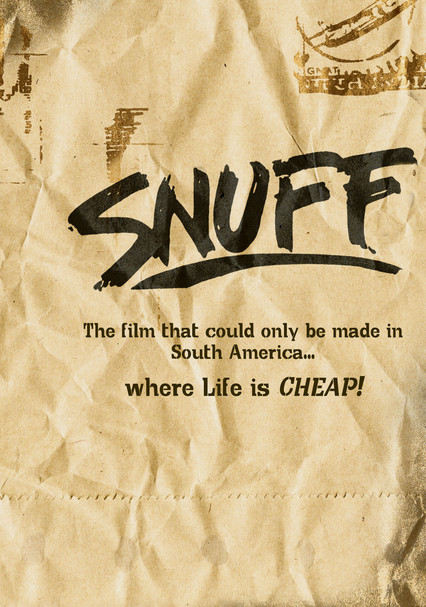 1976 NR 1h 20m DVD
Among the most notorious cult films in American history, Snuff is famous for promoting the urban legend of the "snuff" film. In reality, it's an Argentinean exploitation film loosely based on the Sharon Tate murder. The film follows the exploits of a bearded man named Satan who leads a gang of biker chicks in a series of killings.