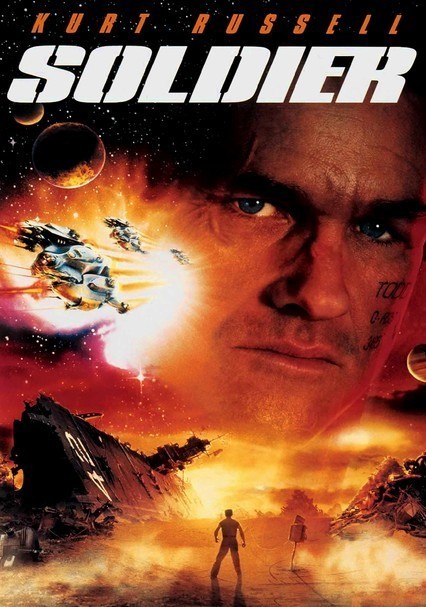 1998 R 1h 39m DVD
Director Paul W.S. Anderson's trippy, futuristic science-fiction film follows a cadre of men, born and bred to be shock troops in battle, who are made obsolete by a new race of genetically engineered soldiers. Sgt. Todd (Kurt Russell) is one of the rejects left for dead on a junkyard planet. There, he slowly rediscovers his humanity while helping a community of human castaways battle the new breed of soldier threatening to wipe them out.