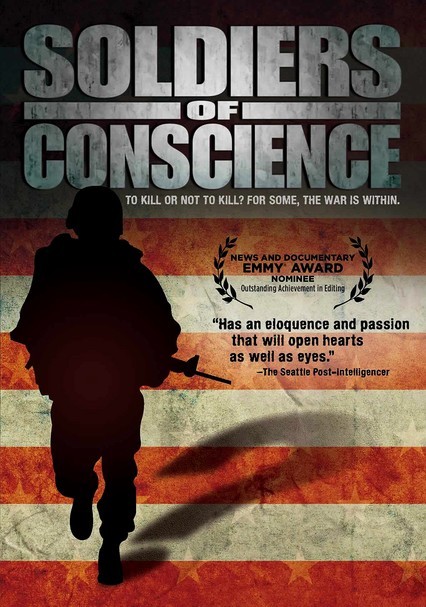 2007 NR 1h 26m DVD
In battle, American soldiers grapple with the split-second decision of whether to kill an enemy combatant. This documentary profiles four soldiers who are prepared to kill if they must, and four who refuse to kill, becoming conscientious objectors. Narrated by Peter Coyote, the film includes footage of basic training and combat in Iraq, illustrating the extreme circumstances under which soldiers face this very difficult moral quandary.