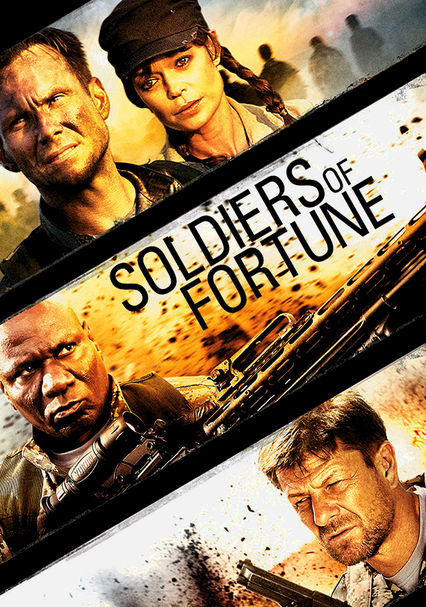 2012 R 1h 34m DVD
When a former U.S. Special Forces soldier reluctantly leads a group of billionaire adrenaline junkies on a mission to experience war firsthand, things go awry, and the pampered thrill-seekers find themselves in a fight for their lives.

Parents need to know that Soldiers of Fortune -- an underwhelming action movie with a war setting -- has lots of weapons and heavy shooting, with lots of spurting blood. Characters die. Language is strong, though not constant, and includes both "f--k" and "s--t." Characters drink alcohol from time to time, but in a background way, with no drunkenness. Supporting characters learn to work together and to be less selfish, but the main character's motivation is revenge.

Language is fairly infrequent but includes a few "f--k"s, plus at least one "s--t" and the occasional use of "bitch," "bastard," "ass," "piss," "hell," "goddamn," "screw you," and innuendo like "losing your cherry." Characters also say "Jesus Christ" in tense situations.

Soldiers of Fortune has a subplot about learning not to be selfish and working together -- but the main storyline is about revenge.

Characters are shown drinking whisky, beer, wine, cognac, and champagne in a background, social way. No one gets drunk. Characters also smoke expensive cigars in more than one scene. Cognac is used to disinfect a wound and to help ease the pain of a man with a bullet in his leg.