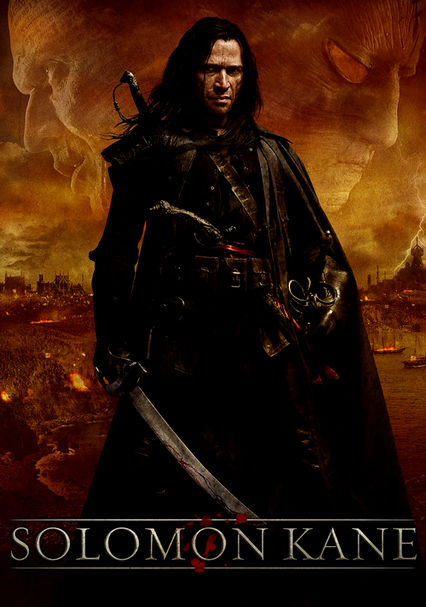 2009 R 1h 44m Blu-ray / DVD
A once-murderous sea captain -- Solomon Kane -- is holed up in a monastery in retreat from the devil, whom he fears is coming for his soul. Kane soon learns, however, that the path to redemption lies in defending those who are weak.

Parents need to know that Solomon Kane is a dark fantasy adventure movie with lots of violent fighting and action. It's based on pulp stories written in the 1920s and 1930s by Robert E. Howard, who also created Conan the Barbarian. Nonstop fantasy violence includes fighting with swords, slicing, slashing, and spurting blood, as well as monsters, crucifixion, and kidnapped women. The main character also drinks to total drunkenness in a moment of despair. Language isn't very strong but contains uses of "Christ" and "God" (both reverential and non-reverential) and "hell" and "damn."

Not really an issue, except that the young female lead is presented as beautiful and desirable; there seems to be some chemistry between her and the hero, though nothing ever happens between them.

Very strong comic book-style violence, with lots of sword fighting, stabbing, slicing, spurting blood, and severed limbs (and heads). Also some guns and shooting. Several of the bad guys are monsters, both humanoid and giant-sized, who sometimes attack suddenly and frighteningly. The main character is crucified, with nails pounded through his wrists. Scary flashbacks and dreams. Women are attacked, bullied, and kidnapped. A burned village is shown, with dead, charred victims; other characters are set on fire.

"Damn" and "hell" are used. "God" and "Christ" are mentioned several times, but mostly in reverential terms.

Solomon Kane has the message that, for its hero, it's impossible to live a life of peace and spirituality. He must embark upon a life of fighting and violence to protect good people. Apparently, there's no middle ground.

Thinking he has failed and that his mission is over, the distraught hero gets sloppy drunk in a tavern.