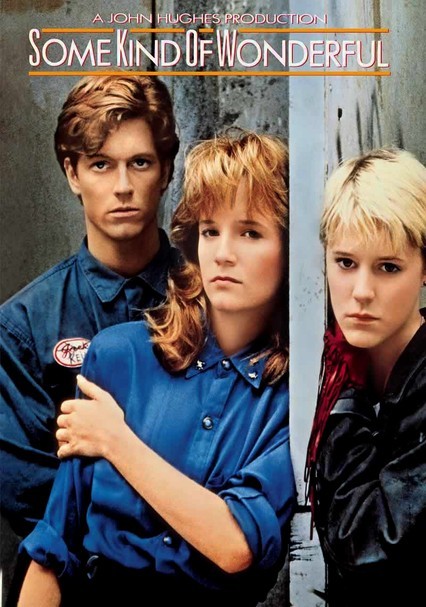 1987 PG-13 1h 33m Blu-ray / DVD
In this 1980s classic from writer-producer John Hughes, Watts (Mary Stuart Masterson) is a tomboy who has a crush on her best friend, Keith (Eric Stoltz). But her feelings go unrequited as Keith falls for the hopelessly feminine Amanda (Lea Thompson), a rich girl with snobby friends. Unfortunately for Keith, Amanda's ex-boyfriend wants her back and is willing to do anything to get her. But does that mean he and Watts are destined to be together?

Parents need to know that this film contains a fair amount of objectionable language that the characters use in dramatic moments, not casually. A tomboy character gets referred to as a lesbian in a pejorative manner. There is some mild locker room semi-nudity (girls in camisoles and underwear) that is more wistful than sexual, as a tomboy character watches her pretty, feminine rival get dressed. There are some teenagers that smoke, with consequences, and some references to drinking, although no characters become intoxicated. Part of the plot is the threat of one character planning to beat up another, but he is thwarted and no violence occurs. Parents should also be aware that there are some "types" in the movie (like "punk," "rich girl," and "tomboy"), but that the movie goes past clichés to treat them as people. There is very little diversity in the cast -- the only black characters are members of the permanent detention-room crowd.

Although there is almost no on-screen violence, the threat of a beating hovers over much of the movie.

Poor kids are continually put down by rich kids, a girl loses her friends for dating an unpopular boy.

One or two cigarettes, an empty bottle of liquor.